1. Yes the Dress: Sorry to raise the topic again, but the Web went crazy debating the colors of a single picture. There are some scientific explanations.  However, for the purposes of considering visual communications the dress debate points to: 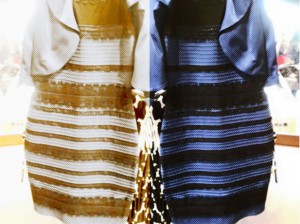 a) The power of a single image to cause sharing, connection and engagement.  Practically every media company followed Buzzfeed, in addition to individuals jumping in and driving conversations around the Web. As Ben Smith of Buzzfeed noted, “What might, a few years ago, have been a web culture phenomenon is today a cultural phenomenon, and the distinction between the two isn’t really intelligible…To steal an idea from Ze Frank, its power was less in the encapsulated item itself than in the network around it…Cates’ post alone has had more than 28 million views so far, 79% from mobile and 94% from social sources”

b) The importance of color and the different visual perceptions of a single image reminds us that how you visually portray your business, or think you are portraying your business, may in fact be seen by others very differently. Visual communications is open to significant interpretation.  Specifically, on color as we saw in the dress debate.  But also on color, it is worth noting that our perceptions and interpretation of colors vary by gender and culture.

2. Apple Sources Advertising Photographs on the Visual Web: Apple’s new global advertising campaign, “Shot on Iphone6,” features “user generated content” sourced on the Web. Interestingly, the Apple Gallery of shots is also shareable.  As noted by Petapixel: “billboards in 70 cities in 24 countries around the world will feature photos captured by iPhone 6 owners. 77 iPhone photographers will be featured in the campaign after Apple selected their images as its favorites. The worldwide nature of this effort makes this possibly the largest mobile photo gallery ever put together, featuring the work of a group that spans a wide range of backgrounds, nationalities, ages, professions, cultures and photography experience.  The photographs in the campaign were not commissioned by Apple and captured by hired photographers. Instead, the company reviewed tens of thousands of photos published on the Web by iPhone 6 owners, eventually selecting a small set of them to feature worldwide.” 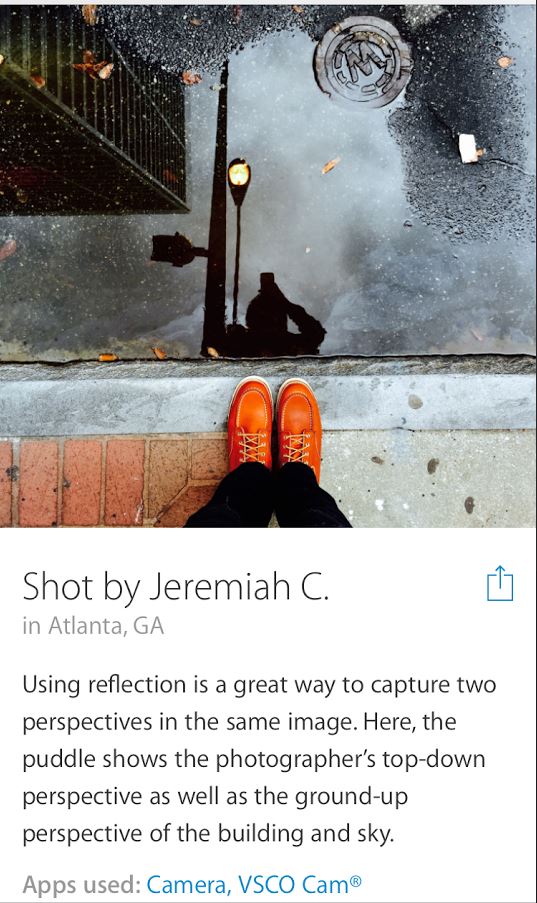 Clearly this changes traditional business models for how you can source and acquire images for advertisements.  I do not know if Apple paid the people for their photographs but imagine if one of your customers got featured on your website and on a billboard?   Also, imagine the possibilities for a business to not only source the photos from customers, but build customer relationships around such an effort that would further engage those customers but also inspire other customers to do more with your products.  I leave it to you to brainstorm away and think big.

3. Camera in Your Pocket and Software Continuing to Change the Game: In two related posts worth a read there is an argument to be made that “good enough” cameras in our pockets all the time, coupled with network connections and sharing, not only mean the death of the traditional cameras but fundamentally change our approach and thinking about photography.

As Om Malik points out, “The ultimate beauty of iPhone — it has made photography not scary. It has removed technology and made it just an act of creation…NETWORK+SOCIAL+APPS=CAMERA.  Smartphones are simpler to use, are part of consumer daily behavior and camera can be controlled through software apps.The image quality is good enough getting better by the year. Smartphone photos can be shared socially — which is a primary behavior on the visual web. The software and user experience of cameras has not evolved and consumer expectations are more in line with what iPhones and Android devices have to offer.”

4. The Avalanche of Information Applies to the Visual Web:  With the dramatic growth of an easy-to-use camera in everyone’s pocket, the growth of the visual web and related opportunities should not be under-estimated. However, that growth also comes with some of the same issues and concerns that are rooted in the avalanche of information.  Saturation and decreasing attention spans are factors that will increasingly impact business and brands and their approach to visual communications and visual story-telling.  The New York Times story, “The Cost of Paying Attention” highlighted this fact, “I have found I have to be careful when going through airport security, because the trays that you place your items in for X-ray screening are now papered with advertisements, and it’s very easy to miss a lipstick-size flash memory stick against a picture of fanned-out L’Oréal lipstick colors.”

5. Apps and Social Network Evolutions: While many businesses appear to increasingly focus on Instagram and Pinterest for obvious reasons (traffic, size, etc), the visual Web itself is morphing.  That creates challenges on various levels, but the challenge for business and visual communications is keeping pace and innovating along the way.  For example:

“What it didn’t realize was that the two that weren’t “the social network,” Hangouts and Photos [which are both visual –photos and video], were actually the future of social networking. Google+ was secretly the best photo service around. Google+ was quietly the best photo-storing platform on the internet, and quickly became the place I dumped all my photos. It comes with a truckload of storage, really easy tools for editing and sharing, and an ultra-visual layout that was copied by basically every other photo-storage site on the planet. You can build albums with friends, even storing photos you share in messages in a constantly-updating album accessible to only you and a buddy. There’s some amazing machine-learning happening there, wherein Google can ditch your crappiest photos and even combine a few to make sure you get one with everyone smiling—which, at least in my family, is essentially a miracle. My favorite tool is the one that stitches together into a GIF a bunch of photos you took in rapid succession, which always looks either perfect or totally insane, and is really fun either way.” 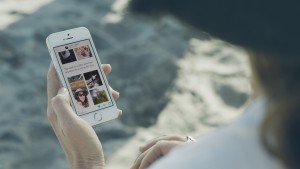 6. The Visual Web Requires a Visual Communications/Marketing Strategy:  Using appropriate photos in your tweets or blog posts, or deploying more videos on the business YouTube channel or even using Pinterest and Instagram effectively (run a contest, smart use of hashtags, connecting with pinterest influencers or following the myriad of “12 step programs” for success) may be getting your business some traction on these social sites today.  However, this ongoing series is meant to be less prescriptive and dive deeper.  It is exploratory, with raw thinking (that could be helpful or maybe not so much) about the implications of a visual web for visual communications strategies in the broadest sense.  In the future, I expect to write more specifically about what factors makes sense and drive visual communications strategies for marketers and communicators.  In the meantime,I was reflecting on these two posts by good friends Jeremiah Owyang and Lee Odden (If you want more resources, check here). Lee notes:

“It’s the difference between tactics and strategy.

More often than not, it’s clear that companies are executing tactics with no cohesive strategy to tie their marketing activities together.  Blogs are often started without regular posts and those that are published: pure self promotion.

Social network profiles offer inconsistent visuals (we are guilty of this!) and in many cases, Facebook cross posts to Twitter which is cross posted to Google+ and a LinkedIn company page.

Even companies that are doing a good job of curating useful content across their social channels and blog often do little to engage those audiences. Or they focus solely on Facebook or LinkedIn and simply view other social networks as places to push links as if they were just a RSS feed.

It’s a lack of vision. It’s the absence of a strategy. It is marketing without empathy for the customer experience.” 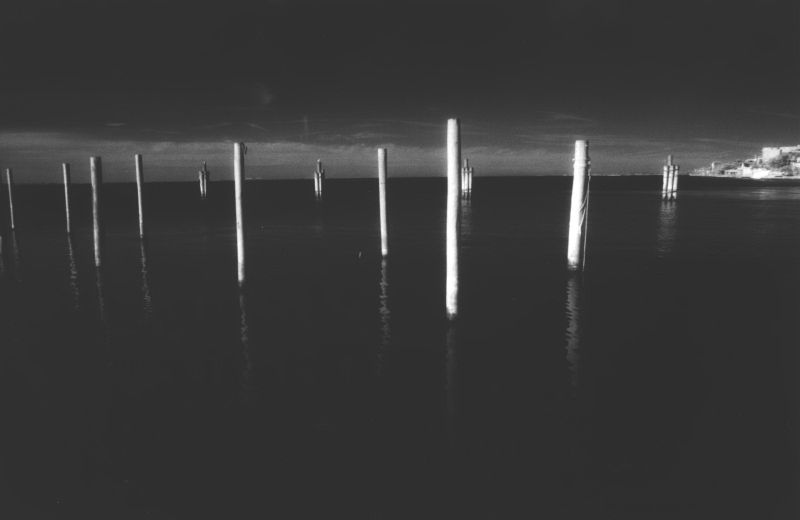 No pun intended on “lacking vision.”  The fact remains the visual Web is rapidly changing and considerations become increasingly complex and intertwined — impacting how business finds the path forward to think through and articulate a visual communications strategy. For example, previously the implementation of visual communications was really about hiring a good photographer for some well chosen product placement shots.  Today, it could be that or it could be a myriad of other considerations.  Hopefully, this ongoing series spurs your thinking on what the visual communications strategy encompasses and requires (more than brand visual guidelines, I think) just as I too continue to mull over these issues.  I’m betting you and your teams have more ideas than are here –so leave a comment or take it away and Dream big, visually!