Last weekend, The New York Times magazine, that glossy upscale Sunday print magazine, got a makeover in its’ traditional print format.  It also got re-imagined for the Web.  Marketing and Communications pros might want to dive into this re-imagining as they seek to think about their Websites and corporate news rooms, as well as the overall approach to business story-telling.

I have noted before that I think Public Relations pros can learn lessons from how news sites unbundled their content and moved forward on the interactive Web with a focus on attention and sharing.  Scott Monty has often pointed to The New York Time’s report on innovation as a solid road map for any business.  Let’s take a look at what the Times said about the re-imagined magazine and what the lessons might be for corporate content (bolding, underline and italics are mine)

“This latest reimagining of The New York Times Magazine as the print makeover is the idea that it shouldn’t be confined to print. In the next year, you’ll be seeing more of us outside the bundle that lands on your doorstep on weekend mornings. You’ll be able to find us on the daily web, in your earbuds during your morning commute, on social media and onstage.

This isn’t an obligatory exercise in multiplatform brand leveraging, as the marketing types might put it, or the beginning of our descent into soul-deadening content farming. (To be honest, we grimace a little even saying the word “content.” When was the last time you said, “I can’t wait to read this Sunday’s content”?) We love the print Times Magazine as much as you do, but we also love listening to podcasts, arguing on Twitter and wandering from link to link through the ever-expanding universe of online writing. And we’re looking forward to more fully joining that conversation.

Starting this week, our website will feature regular online-only writing and photography. We admit it: We’re late to this party. But we plan on making up for lost time. Expect to see our regular columnists in the daily online conversation, along with many regular contributors, including Emily Bazelon, Jay Caspian Kang, Sam Anderson, Mark Leibovich, Julia Ioffe, Susan Dominus and Jim Rutenberg. We’ll also run extended photo essays and Web-only galleries curated by our photo editors.”

Lessons For Business: As you think about your business’ content and your Website (including the corporate news room) what can be learned from the Times’ magazine remake? Here are a few ideas to get us started:

1. Recognition of the Online World as the Engine of Today’s Culture: The Times magazine is no longer confined to print. The online magazine is expected to feature some things you wont find in the printed version   However, the print version will include “Search Results: twice a month, the great and farseeing Jenna Wortham will use this space for a dispatch from Internet culture, which, let’s be honest, is the most vital engine of culture today.”

2. Looking at the Bigger Online Conversations – arguing on Twitter, wandering around what others are publishing and joining conversations. It is not just about their own content.  It is about topical and relevant content across the Web….shared and discussed with a point of view that gives voice to leadership and perspectives. 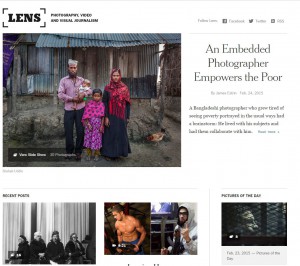 In a related move on Instagram, the Times magazine and others at the New York Times recently spoke about going all in with Instagram.  As noted in post on Digiday, “it’s much more about building awareness and, hopefully, loyalty for The New York Times broadly, but particularly for the Times’ incredible visual storytelling. Each New York Times desk — be it food, fashion, sports or video — operates its own Instagram feed, determining what and when to post, according to MacCallum. Some editors choose to repurpose existing photos and videos for their Instagram feeds, but others share certain things exclusively on Instagram.”

Over at The Atlantic, its long time and highly respected photo editor is also reimaging visuals where “Taylor will be able to mix in shorter quick hits with the long photo essays he’s been known for, as The Atlantic launches a redesigned photo vertical, now known as The Atlantic’s Photo section. The shorter posts will be housed in a new subsection called Burst.” 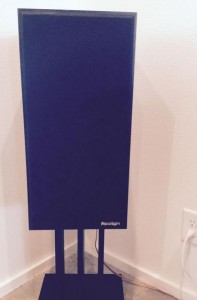 4. Podcasting on the rise: The Times magazine also points to being in your earbuds…or I suppose the speakers in your home.  This comes out at the same time as recent research by Tom Webster of Edison notes an uptik for podcasting in terms of “share of ear”.  Shel Holtz notes “The data produced a number of surprises, not least of which is a surge in podcast listening—more than 27 million hours consumed each day. Further, podcast listeners consume more podcasts than any other kind of audio.”  You can learn a lot from Shel and Neville Hobson since they have been podcasting about marketing and public relations for more than a decade.  In fact they pioneered the space.

If you are wondering where to start with podcasts think “behind the scenes” or thought leaders in your sphere of business or to the concept of curated content.

5. As always, this is just a start.  I leave it to you to take it away and come up with more ideas that help your business become even more effective with its content, attention, sharing and social success.  So, as always, take it away and “Dream Big”