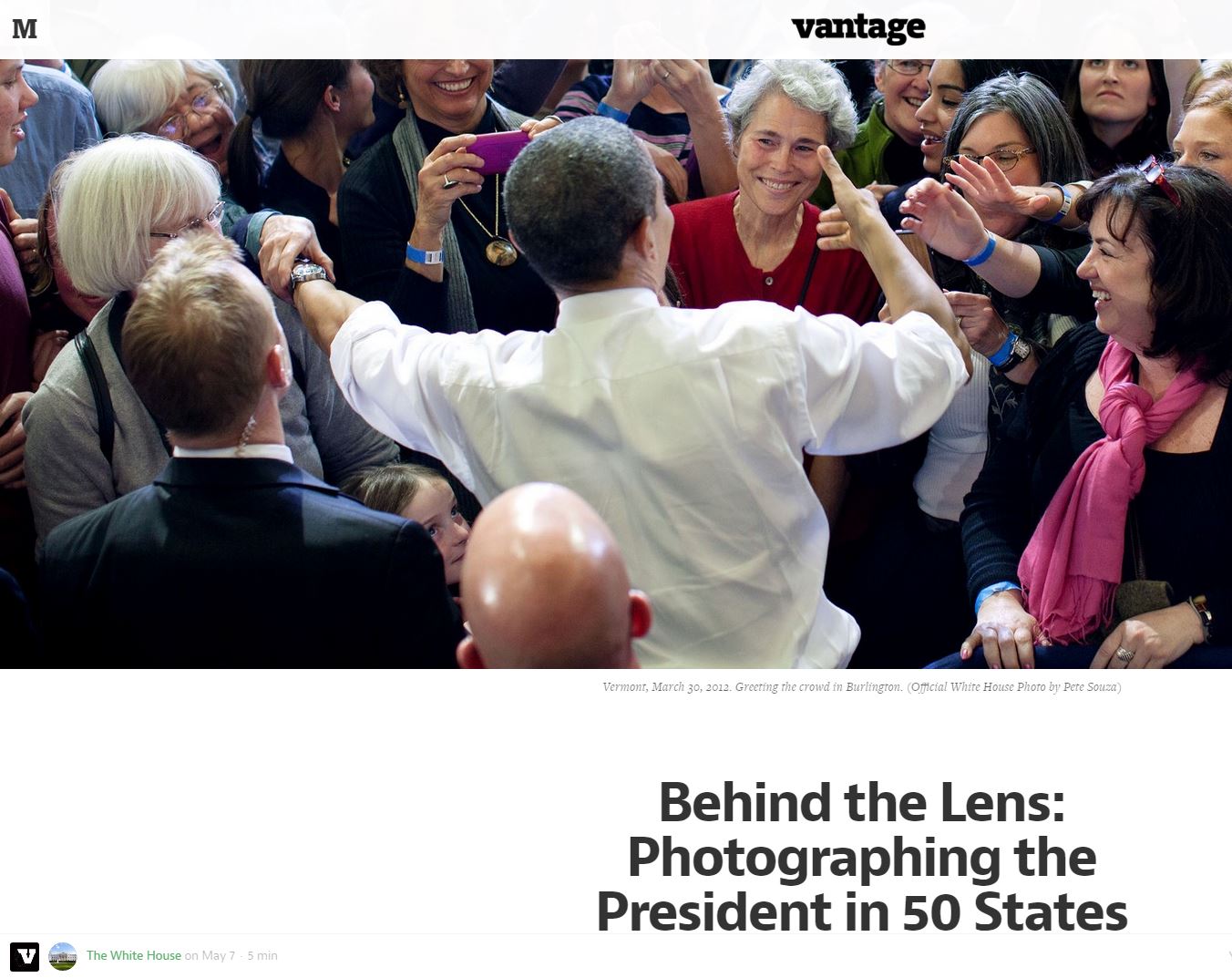 The Whitehouse Communications team leads the way again in social media, this time with an innovative use of the visual Web to communicate and tell its story.

Pete Souza, the official Whitehouse Photographer, started the week foreshadowing the story by sharing a series of photos on instagram.  The story was about the President’s visit to South Dakota marking the 50th state visited during his time in office.   Yesterday, a complete photo album, one photo for each state with a holding place for today’s photo, was published on Medium. Each state’s photo is accompanied with a date, location and brief title. Here is what the introduction said:

“To mark the occasion, I chose one photograph from each state that we’ve visited. This was not as easy as I thought it would be. With help from photo editor Phaedra Singelis, I tried to depict a variety of situations. Some are more lighthearted; some are sad, and some are poignant. Some are with the Vice President; some are with the First Lady, and a couple are with the entire family. A selection of photos are centered on policy, and others on politics. Some focus on the President as Commander-in-Chief — others on his role as consoler for the nation. I hope you enjoy this gallery. And stay tuned — we’ll be adding a photograph from South Dakota following his visit there on Friday.”

Here is what it did not say: In good times and bad, the President has been there, often with families and everyday American’s doing some of the same things we all do (playing pool, fly fishing, going for a swim, visiting a national park, picking something up at the bakery).  He cares about kids, the environment, civil rights, families, the military and other issues of our times, including the emergencies where we live.  He has good days and tough days, but always enjoys good conversations and some chuckles along the way – just like you and me.  This is your President, a human story, told visually on the Web, doing his work and going about his business.  Worth noting in several of the photos, the President is not even in the picture.  Instead the photo and story is all about his customers.

Next time you think about a visual communications strategy for your business, for  products/brands or want to tell a story about your corporate responsibility initiatives (beyond simply adding visuals to your Tweets, Facebook posts or hashtags on Instagram) this is a great example of telling a visual story.

Bonus Links: because we can always learn and adopt to the new communications environment.

Some additional thoughts on visual communications from The Whitehouse…and how they think about visual stories and tell them.

If you want to follow more stories about the visual web and implications for communicating with visuals, I curate this magazine on Flipboard. 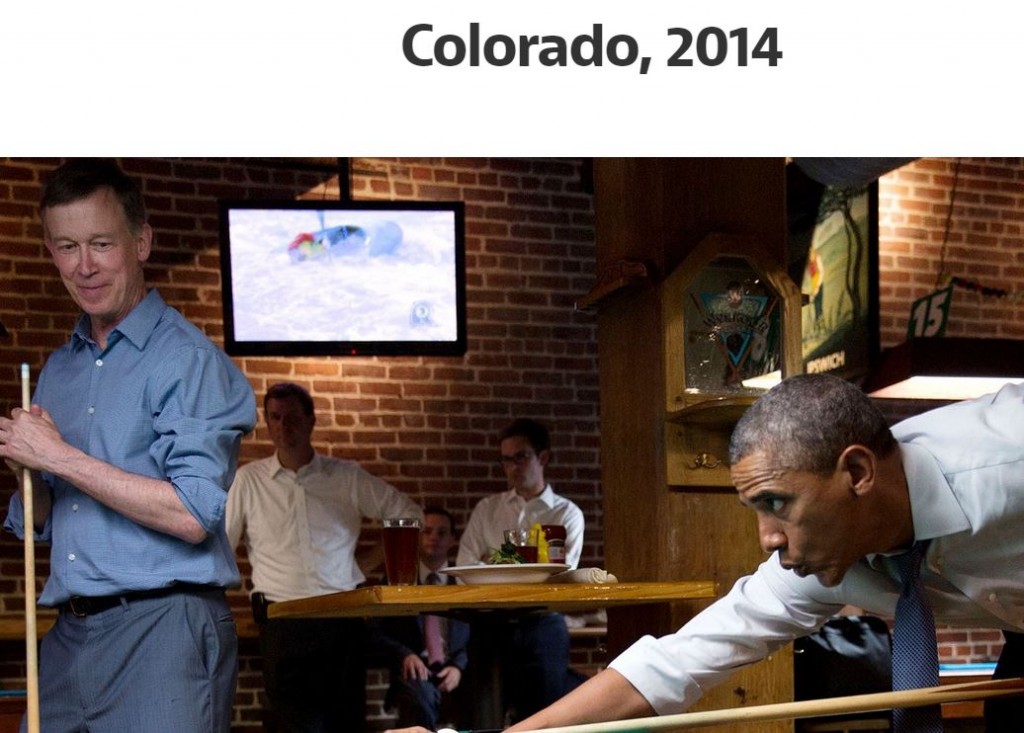 One thought on “Visual Communications at its Best”