Somewhere in the 1930s, before the Internet :-), three German immigrant families living in and around Kitchener, Ontario, got together and bought a pristine and beautiful track of land covering numerous acres in the Canadian shield.   The cottage you see here, called Ahaluna, was completed around 1938 — lumber brought by boat across the lake because there was no road; the stone for the fireplace brought from the Island just across the way on Papineau Lake, Ontario, Canada 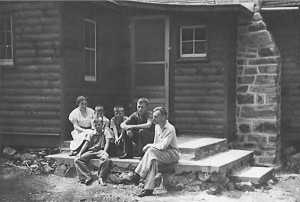 My grandparents and their 4 boys made the annual summer trek in a Ford (yes Scott Monty that is true as is the next part).  Each boy was given a honey pail.  If they did not use the honey pail (i.e. didn’t get sick), the reward was a nickel.  Until early in the 1960s, you still had to use the outhouse. (not shown in the picture).

Like my grandparents, my parents made the annual trek with their 5 five children ( 1 comes after this picture…my dear and baby sister Lisa is not there, yet) for several weeks to the family cottage (sorry Scott it became a Pontiac, but my brother just bought 2 new Fords ;-)).  Grandma was “in residence” all summer and participated in every aspect of the family summer vacation.

This was Canada, the summer vacation: BBQ food, Grandma’s donuts and very German meals ( and of course other special treats for the kids), beavers, beaver dams, fishing, a dock, chopping wood or other chores of the day, loons, playing on the sandy beach, learning to swim, hiking the rock cliffs, canoeing, water skiing, building a fort, going to the dump in the early evening to see the bears, finding “big dipper” in the night sky or going into “town” (where there was a saw mill you could walk into, across the piles of sawdust, and watch them make lumber). 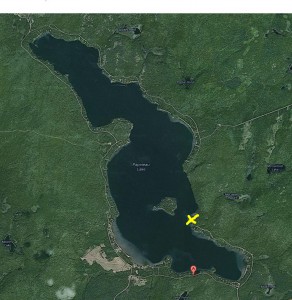 For a variety of reasons, I have not been to Papineau Lake in 10 years.

Two of my brothers headed there this weekend from Virginia and insisted that the “eldest” join them for some water skiing and good times.

I thought about the past year. Since last fall’s departure from Dell:

Since launching the business at the end of April, Ive been busy.  Some of the work has included:

Last time I was at Ahaluna the cell phone coverage was spotty at best, and I am sure there is not a wifi network, although we no longer use the outhouse :-).  So, this is not about business; it is personal.  I decided to join my brothers. Soco will also make his first trip to Canada and Ahaluna. 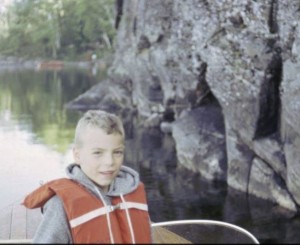 I suspect the good times with my brothers will include things like watching a sunset; looking at the night time shooting stars; maybe some northern lights; chilly nights and a warm fire in the fireplace; sunny days (and if it rains, card and board games and walk along the road with that nice fresh after-rain smell); some photography; swimming, reading; beach and forest walks…..and YES — I’m going to water ski!  Mostly it is about down time with brothers, a special cousin who will visit and several friends from public and high school days who plan to come by too… Imagine that! 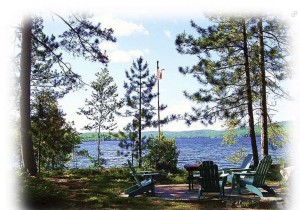 I am going off the grid until September 4th.  See ya later!

2 thoughts on “It’s not business. This is personal.”