Today’s guest post by Chris Brogan just magically appeared in my email and was unsolicited.  I could not believe it. I was touched.  On this Website in the “about” section, I mention that I have been incredibly lucky to learn from others and share as we go. Chris is one of those people.

Backstory for fun: I think it was the fall of 2007, Connie Reece organized “Blogtoberfest” in an old movie theatre in downtown San Marcos. Laura Fitton (@Pistachio) talked about Twitter; I soaked it in trying to figure Twitter out.  Chris talked about how businesses are all about people connecting with each other and how even a big business really only exists because of the people inside it.  The people-to-people connections was central to my own thinking and so I soaked it in too.  Next I knew, Lionel and I were called out in Chris’ (and Julien’s)  New York Times best seller “Trust Agents” as originals.  I was surprised (and delighted).

Chris is a publishing machine (and I won’t even try to touch that with this blog :-)…ever!) not to mention a podcaster, does videos, email newsletters and more.  Boy, does he know community and how to help you think about distinguishing what you do.

Over 5+ years Chris has been an acquaintance, then I got to know him well and I would say we went on to become good friends. Take it away my friend: 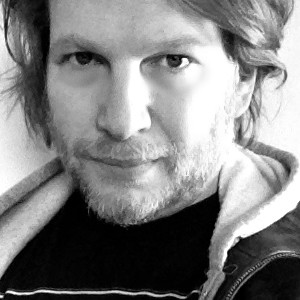 SUBJECT: What Binhammer Brings to the Picnic, post by Chris Brogan

I’ve got a confession: though I’ve worked in huge companies, and though I’ve worked on helping huge companies build their digital practice and social business efforts, I’ve never done both at the same time. That’s probably my biggest point of envy with Richard Binhammer: He’s been on the inside and has seen what it takes to make a world class experience like this happen.

If I had my druthers, I’d definitely give it a chance, the whole “go work in a big company” thing, if only to be able to match Binhammer on that front. But I’ve made myself unemployable, and so I’ll let Richard have his shot at it.

What Richard knows that I don’t:

* All the various ways that a corporation will say no before they say yes.

* All the ways to gently guide a corporation to a better practice.

* How to set up your own social business education center and build the deep bench required to succeed at this effort.

* How to build a corporate governance model that works.

* What will go wrong and how to pick back up and get back to good.

* Many recipes, but that’s another topic.

The reason I wanted to guest post here and share this is that 1.) I wish Richard well in the launch of his high-value consultancy project. 2.) I want you to know that Richard can do a lot of consulting work at a depth that I can no longer sustain, so you should work with him. 3.) Friends love helping friends out.

Wishing you success, dear reader, and by success, I mean, in partnership with Richard Binhammer.

More about Chris Brogan:  Chris is CEO & President of Human Business Works, a publishing and media company dedicated to equipping the personal business revolution.He is the New York Times bestselling co-author of The Impact Equation, and a sought-after professional keynote speaker. He also plays in the band, D3one3, with Jacqueline Carly.

8 thoughts on “Brogan on “What Binhammer Brings to the Picnic””